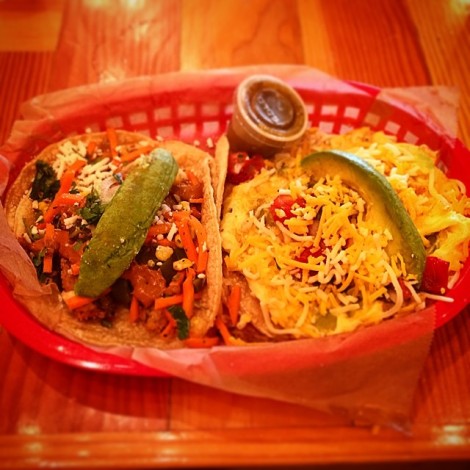 Time to veg out.

The tacos were so good, that I even got a little emotional.  I made a 6 second video to portray that…

Deep in the heart of Texas, we’re deep in the armpit of a drought.  But yesterday we finally got some rain…Wet stormy rain!  And when the rain left, it took some of the humidity with it.  So I was able to get in a somewhat cooler Texas Summer run!  We won’t get many of these, so I was sure to take advantage.  I was actually excited for my early morning wake up call.  What have I become?!?!

Besides us runners, the cooler temps also brought out some wildlife.  Running down a fairly busy street I came upon a coyote. 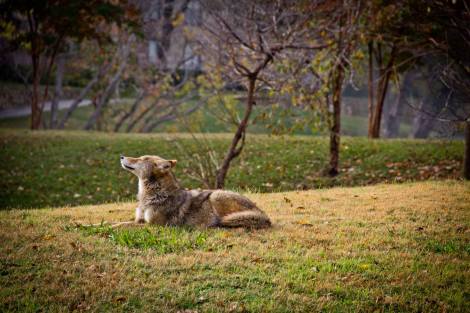 Stolen from a friend. He took this from his house recently.

This happens kind of frequently here.  I’ve written before about what to do when you come across one.  Basically, you want to scare them off so they don’t get any ideas (or lose their fear of humans).

So I took a split second to be startled, then a second to admire it’s beauty, then I started waving my arms and yelling like a madman (crazy person, not 1960’s ad exec).  It ran off scared into a wheat field and I could see it’s tail sticking up like a shark fin as it darted off.

How bout you?  Get emotional over your food?  Ever look forward to a wake up alarm?  Do you think coyote pretty or coyote ugly?