Playa playa, what it is? Been another crazy week! So busy! I still have…not one…not five…but TWO race recaps I need to blog. Hopefully next week!

For now, let’s just look at some pictures of some of my Chicago Marathon training from some of this week, shan’t we?

That’s not a real waterfall, that’s just my actual sweat dripping down the stairs. 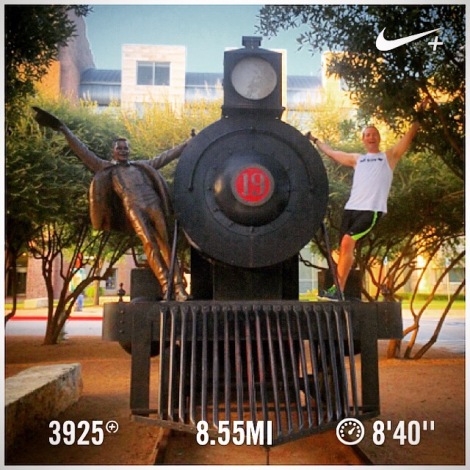 I choo-choo-choose to have some fun in my marathon “train”ing.

To my chagrin, she wasn’t pumping water, she was churning butter.

Oh hey, look, I even have some moving pictures from the morning of those last two pics…

Here we are just over halfway through the month and I’ve already run almost 90 miles! Woot woot! So the training is so good so far.

It comes to us from the FIRST RACE I attended last weekend. I love this pic… 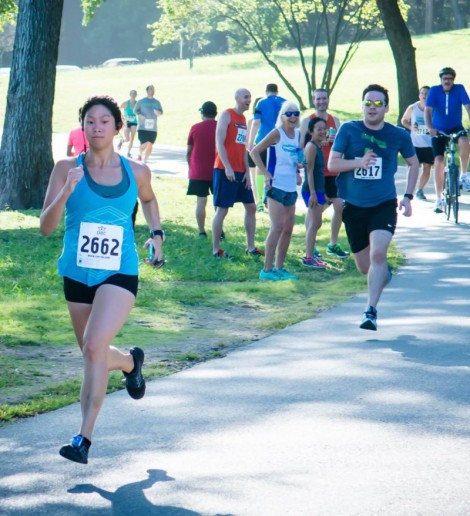 So much going on here.

Here’s what had happened: You see us all laughing in the background? Well that’s cuz that gal had just  chicked that guy and we yelled at her to keep it up all the way to the finish line (about 50 yards away). Then our buddy Josh (in orange) yelled at the guy to not let her beat him. The guy paused for a second, weighed his options, then started yelling out profanities before taking off on a dead sprint! It cracked us up.

More miles and hopefully more dope pictures this weekend! I’ll share on Monday (& hopefully have those other two race recaps too!).

How bout you? Climb any statues lately? Ever curse during a race? Did I miss any other caption puns?

The Easter weekend was a good one, but not without some danger! It kicked off with a long run. I met up with my run bud for a 13 miler that nearly took my life! 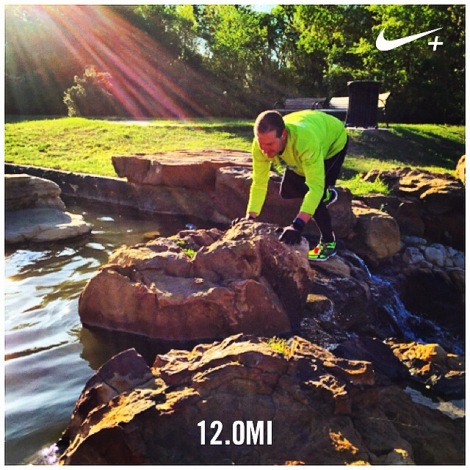 I know it says 12, but my gps shorted me a freakin whole mile! I swear, I mapped it out.

Ha, we had come to the end of a trail, and saw there as another trail on the other side of a pond. All we had to do to get there was scale a waterfall. It wasn’t my most graceful moment, but eventually got across. 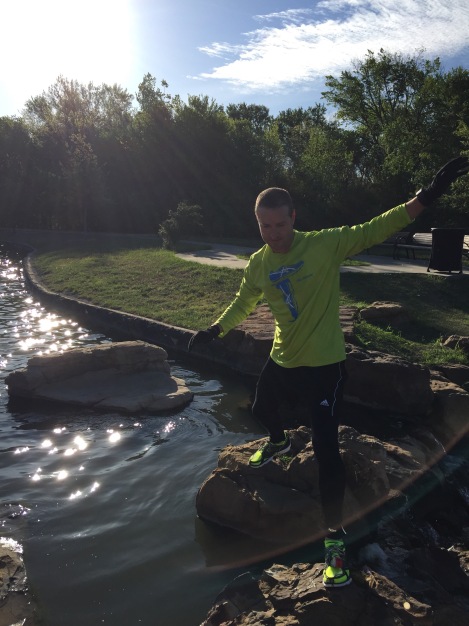 Whew! That was close!

Of course, when you run a lot, you need to reward yourself a lot. So a couple run buds and I met up for a quick nip.

Runners are normally happy people. Sometimes we need to mean mug tho to keep our competitors worried. And yes, I normally do keep a feather behind my ear. It’s a good look all around.

Easter day was rainy and gloomy. But I braved the wet stuff to get another 6+ miles in. 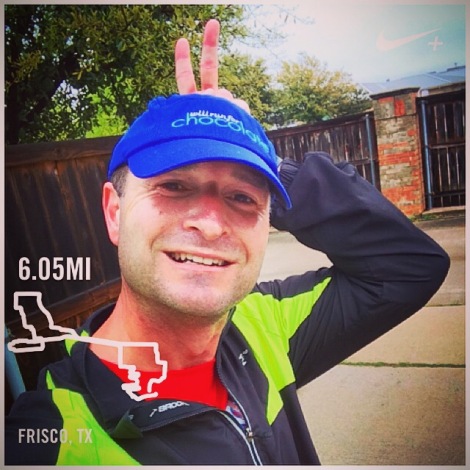 Bunny ears selfie! I actually ran closer to 7 – need to get that dang gps fixed!

The rest of the day was nicely spent doing Easter fun things with family people. 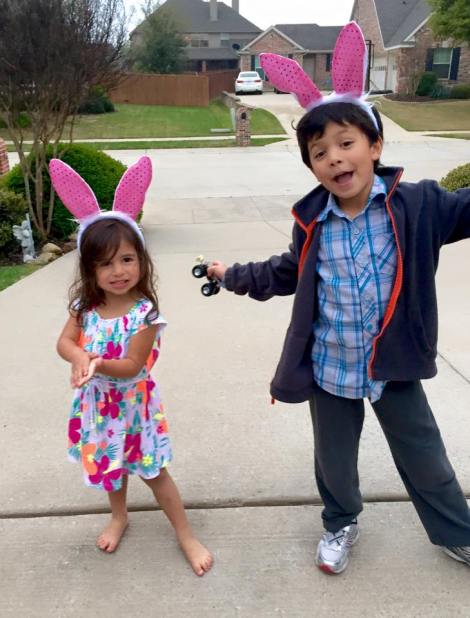 Just a couple of weirdos.

All the weekend activities left me pretty exhausted. But I gotta muster up because now we have to chase toddlers who are all hopped up on leftover chocolate bunnies and jelly beans!

How bout you? Get in a bunny run? Get any Easter candy? Did you nearly fall off a waterfall too?