The Mustard Run, Running From School & Getting High On Weekdays!

Posted on September 1, 2015 by piratebobcat

Yo dudes. Yo. Luckily I have recovered from the Ginormous Cat Attack and Chicago Marathon training runs on. We just had our highest mileage week yet – 55 big ones! To get that high, you gotta do some decent sized weekday runs. Here was Tuesday, for example…

Not even the morning lightning could stop me!

All those early morning miles leaves you constantly tired and hungry and sore, but I know it will pay off in October.

Needed flowers to mask my smell.

I’m still happy to report that I haven’t missed a single mile yet. Sticking to the training plan like honey.

Warning, I may have lost my mind somewhere along the way.

It’s been fun though, I’ve gotten to see a lot of interesting stuff along the roads. Amazing where your own two feet can take you. 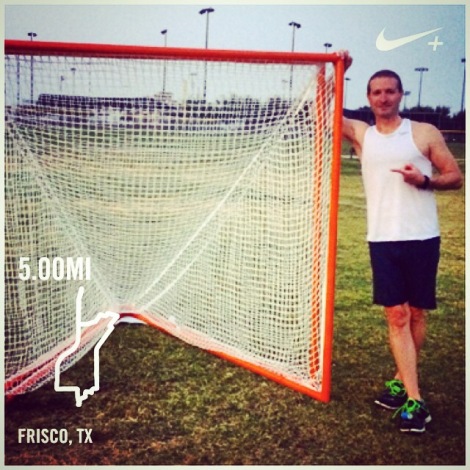 With my friend, Annette.

The only thing different the past week has been that school is back in sesh. The once quiet pre-morning streets are a little bit more active. That, and I can hear the cries of children (along with wine corks popping from the ‘rents).

I feel your pain, kid.

And can you believe the little stinker is in 1st grade? Makes you feel old, doesn’t it? Well, probably not if you haven’t known him since birth. But if you have, then yeah… 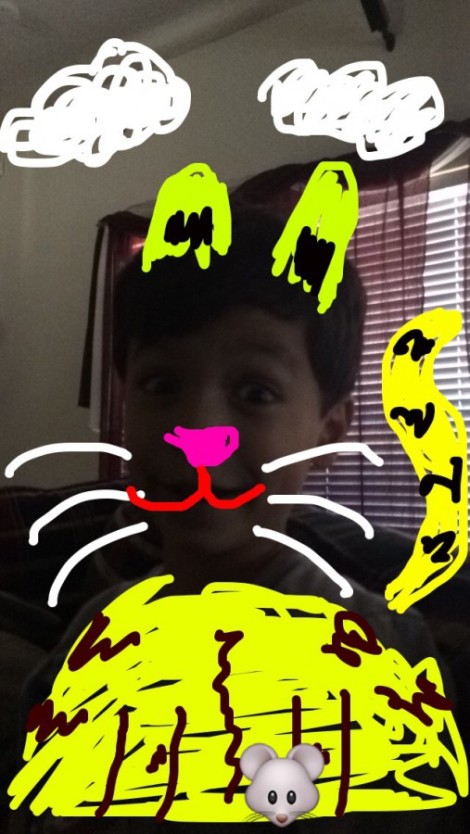 He likes it when we draw on each-other’s pictures (no, he’s not on Snapchat, – just me).

Anywhoodle. The long run for the week was our first 20 miler of the training plan. I’m not going to describe it here because it.did.not.go.well. None of it was fun. Let’s just say that at one point I resorted to eating mustard packets from a 7-Eleven. Yeah, that bad.

Ugh, just thinking about this run hurts me.

But heay, we all have a bad run/day. That just means that the next one will be better, right? It’s got to!

And besides, you can always have a few craft brews with dad afterward to help feel better.

Yes, it’s a selfie stick. No, it’s not mine. The pub actually provides them for your own safety.

And besides, gotta carb load back up cause we have our 2nd 20 miler this Saturday! Here’s to redemption!

How bout you? How’s back to school going? Ever eaten mustard on a run? Is it wrong that I’m so proud of my “Annette” joke?

As I wrote earlier, Kindergarten started this week. No, not for me, (I already failed that grade), but for the Grifster. It’s been a whole new adventure waiting to happen. Gone are the days of casually strolling into daycare a couple hours late. Nope, now there’s a new four letter word – “Tardy” – And it’s a no-no.

Sooo, what does that mean for my running. Welp, I have to get up an hour earlier on the weekdays than I was. I’m going to miss that hour. We had some dreamy times together. But I have to be home before the sun comes up. 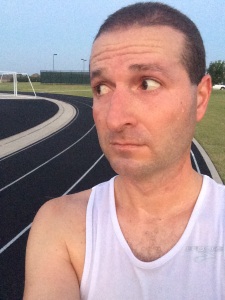 Run Dun B4 Da Sun. Looks like I’m the only star on the track this morning.

It’s not so bad (once you get past the not being able to see the ground thing). The roads are pretty empty. The stars are there to guide me. And I come across the occasional cross country team in training.

Anyway you sickos, I noticed another fool found my blog with ANOTHER man-panty google search. I always get a chuckle out of that. People are weird. 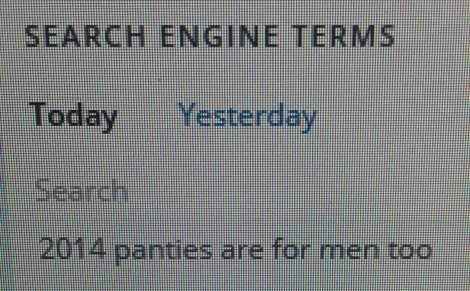 2014, the year of the man panty. It’s about time they got equal rights.

Anyway, I’m still adjusting to the new sleep schedule (so are the kiddos), but it will be a good thing, I think. It is def nice to have them actually go to bed at a somewhat decent hour, I’ll tell you that much! An advantage of waking up early…you fall asleep early too! Boom!

How bout you? Has school started where you are? Has it changed your schedule (even if you don’t have kids – I know school zones always mess with my commute!)? How will you support the Year of the Man-Panty?

Welp, it was bound to happen, and it finally did. The boy started kindergarten today. 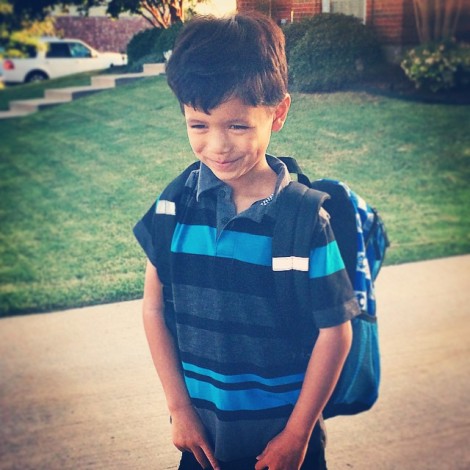 He’ll grow into his backback eventually.

If you follow this blog, then you may know that this kid loves his sports. I even enter him in races whenever I get the chance. Like that time at Disney when he won his heat!

Anyway, he asked to have a “boy’s day” over the weekend. I had a ton to do around the house, but gladly put it aside to hang with the lil man. I just had to wake up extra early to get my run in first! 9+ sweaty miles.

After that I showered and we went to watch the Teenage Mutant Ninja Turtle movie. Luckily I had some free passes when I won my age group at a recent 5k…score! He really enjoyed the flick!

Then we went to the sporting goods store to get him some soccer shoes. But we got a little distracted with all the toys there…

And we ran into this guy…

We added a new rubber friend to our tough guy crew.

We also grabbed a bite at one of our fave tex mex joints. And went to the park so he could play on the playground. By the time we got home, I was exhausted.

I was hoping to lay on the couch for a while, and so I asked the boy if he wanted to play a game on the computer (thinking that might distract him), but he said, “No. I’d rather hang out with you. It’s boy’s day after-all.”

I couldn’t resist that. I sucked it up and played “battle” with him until it was time to settle down to a movie of his choice.

The night before his first day of school, I also got a chance to relax with him on the patio in the same way we did 5 years ago…

He’s grown about 5 times his size. Based on that growth rate, I figure he’ll be about 80 feet tall by his 20’s.

Which brings us to this morning. The lil one was offer to lower education.

We’ll see if he’s still smiling in a few months. 🙂

Like they say, time really does go fast.  So crazy.

How bout you? Facebook feed overrun with first day of school pics? Want to join our tough guy crew? Anyone else see TMNT?