Posts Tagged With: run for the kids

Posted on September 22, 2014 by piratebobcat

This was a tough 5k. Hot, humid, windy, hilly. There were people puking on the course (and no, I don’t think they’d been drinking the free beer before the race). But I’m proud to say that I pushed through it all and was rewarded with a new current* PR!

It all started when I got to the race early to warm up and ran into a bunch of friends. 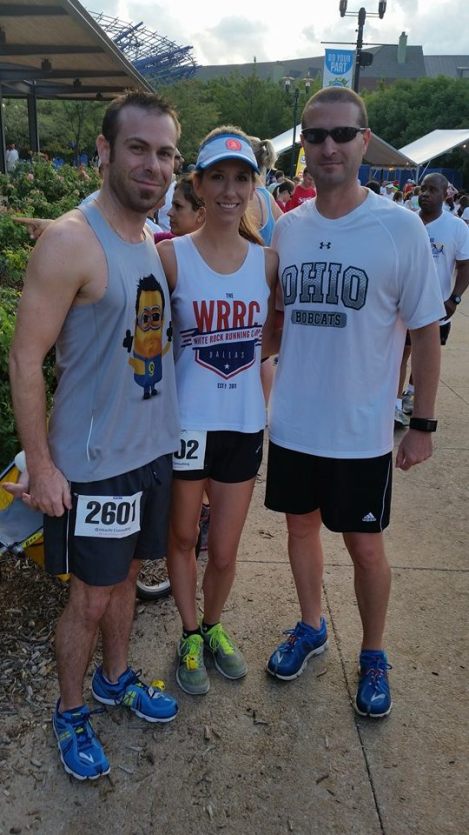 A couple of us were chatting at the start line about how this race was going to hurt, but we still hoped for a good time. I was really wanting to average SUB-7 minute miles.

The course was an out an back with a big man-made hill (bridge) in the middle that we had to cross twice. The out was mostly downhill with the wind at our back…I went out too fast – 6:30ish mile.

At the turn around we realized that the rest of the race was going to be uphill…into the wind…into the sun. Second mile was 7:00ish. Third was 7:30ish. The opposite of a negative split.

The race charity benefits kids with cancer. And they had posters of some of the kids along the course. That definitely helped with motivation. I pushed on.

Afterwards we headed into the beer tent to celebrate! 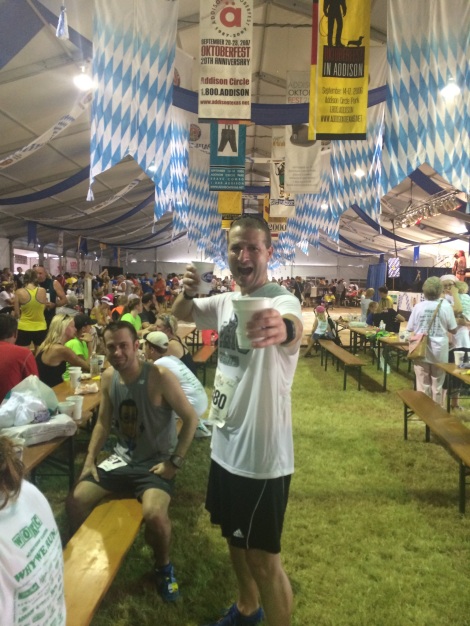 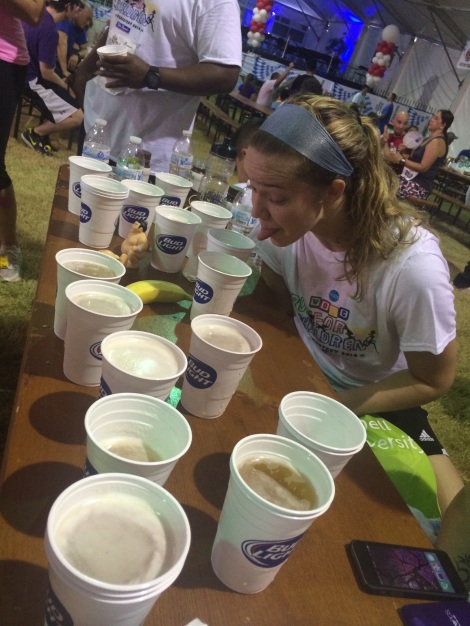 My one friend learned to drink from her dog. I have no idea why they use Bud Light cups for good German beer.

And while I was shut out of placing at this race (I hate my age group), several of my friends did bring home some hardware!! But instead of medals, they got beer steins. 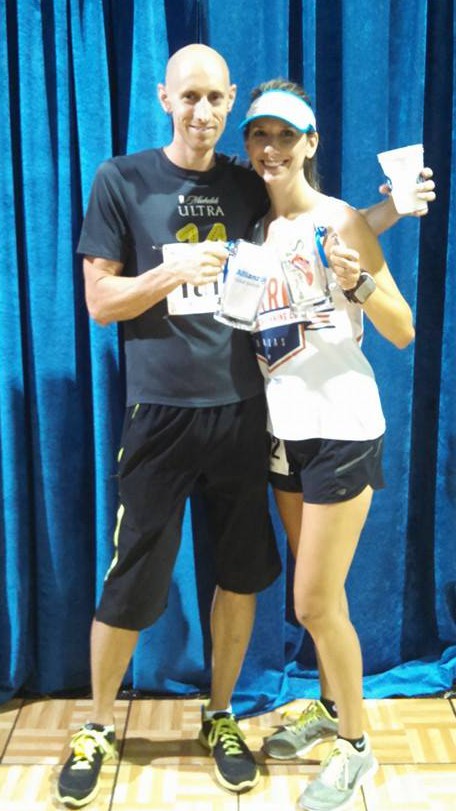 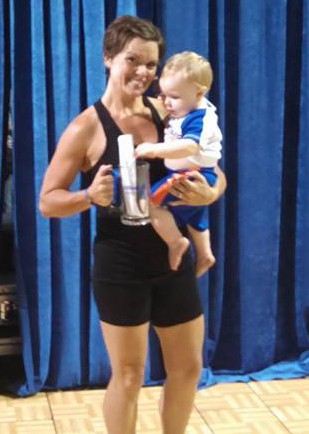 Another winner! Picking up her beer stein and baby.

A good morning was had by all. We couldn’t help but show each other some love. 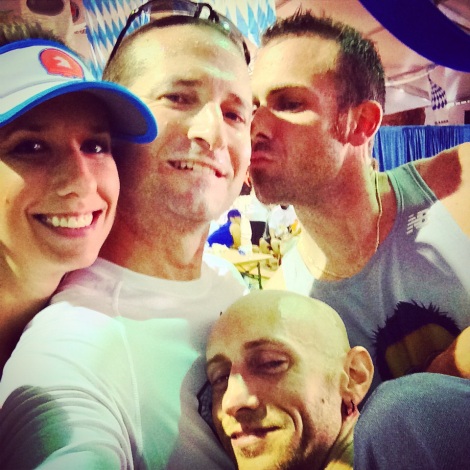 I’m the meat in a runner sandwich.

In the end, this event was a lot of fun…But of course, hindsight is 20/20. When I was going up that last hill, I was not having fun at all, but pain is temporary, right? The glory of PR’ing in a local 5k lasts forever!!!!!

How bout you? Race this weekend? Anyone celebrate Oktoberfest? Anyone want to join our sandwich?