It’s been non-stop gangbusters lately. Let me try and ketchup…

What am I up to? Oh, just making it rain, dear.

Of course, Christmas was upon us, and so the kiddos were amped. 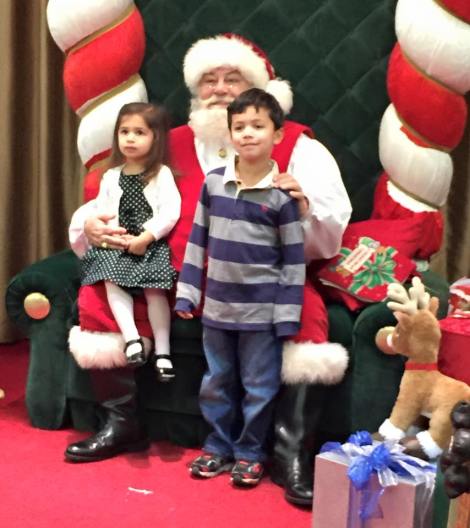 1/3 of these folks had a wet diaper. Can you guess which one?

But the holidays don’t mean my legs get a break. And on Xmas Eve I met up with a big group of local runners for a morning run.

Getting my Zen on before the run.

Christmas morning I went on a solo run. I saw a surprising amount of people at the park.

For my long run this week, I got in a half marathon. It was really really windy. 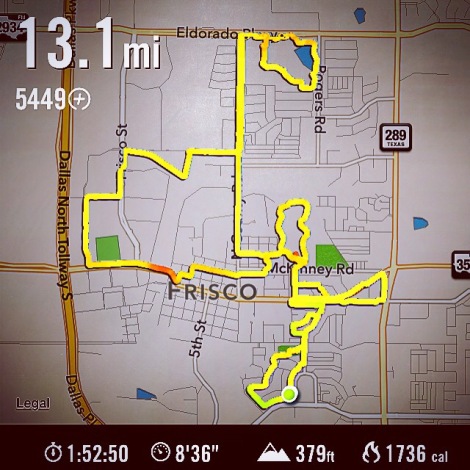 At the last minute my run bud messaged me and said she’d run with me. So glad she did. It made the miles go by much faster. We didn’t take a pic, but here’s us at last month’s Thanksgiving Day race. 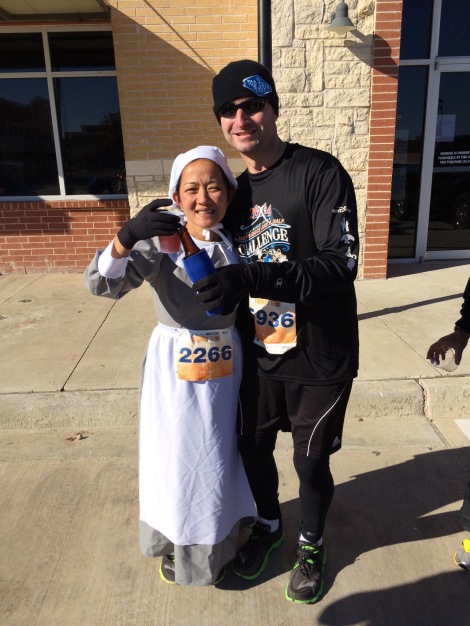 While we were at the show, the grandparents took the kids to the zoo… 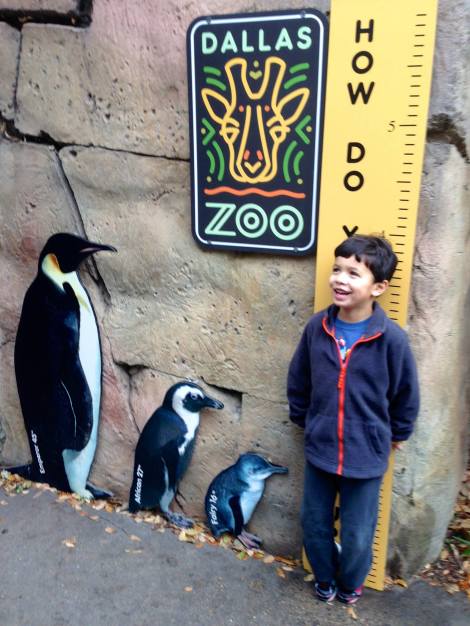 The next morning I met up with some more friends for a trail run. We got in 6+ miles, and even mixed in a little yoga…

Not sure if these are actual poses or not. But there’s no rules in yoga, right?

But it doesn’t stop there. Next we took the kiddos to see Disney Live…

Pirates vs Princesses. Guess which team I’m on.

Ha, I gotta say that it was drastically different than the ‘Once’ show – a lot less ‘F-bombs’.

Anywhoodle, that night my friends messaged me that they wanted to go on a second run for the day, but this time it was around a fancy neighborhood that is famous for their Christmas lights. 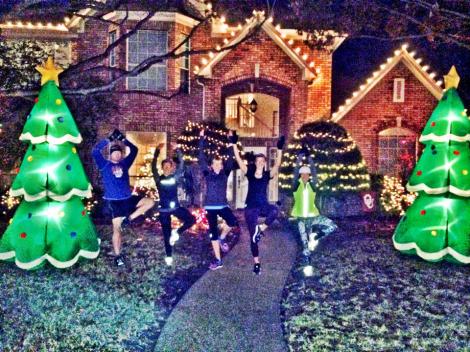 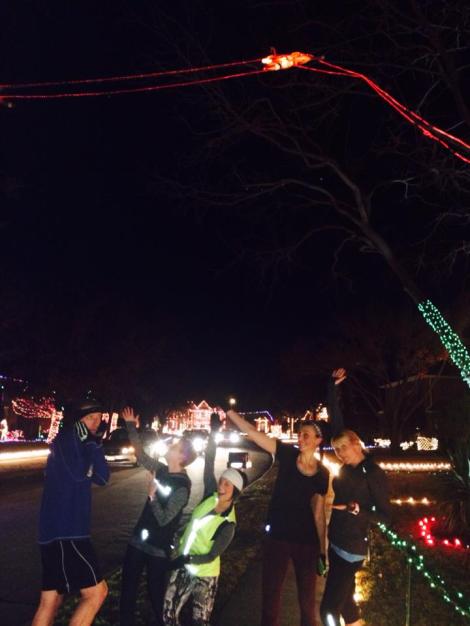 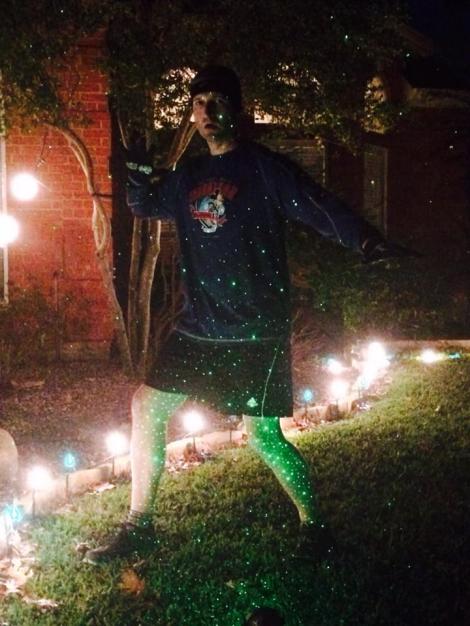 I need to have these green spots checked out.

So there it is, kids. The reason for my blog-cation. It’s been a crazy train time around here. Hopefully things will relax just a bit, but it has been a fun ride!

How bout you? Crazy Holidaze? Gettin your workouts in? Any fun group runs?

As  you may be able to tell from the name of this blog, I kind of like pirates.  I’m not one of those people who dress up like them year round or decorate my house like a pirate ship, but I do like them.  As you can also tell, I like to run too.  So when I saw the Flying Pirate Half Marathon, I had to register.

It takes place on the Outer Banks in North Carolina.  The Outer Banks are basically a string of long skinny islands just off the coast.  Made famous by the Wright Brothers flight at Kitty Hawk and as a hideout for many pirates including Edward Teach – Blackbeard.  In fact, it’s where Blackbeard was killed.  So the name for this race is a combo of the flight and pirate histories.

A flying pirate would be a very dangerous thing indeed!

The course is a point to point one.  I’m assuming it’s going to be mostly flat since we’ll be at sea level.  Hopefully we won’t have to go over any sand dunes!  The course is also mostly straight…no major turn arounds or anything.  And as of today, the weather is supposed be in the 50’s.  It’s also supposed to be low wind and low humidity.  Man, I hope that’s all true – if so, could make for a chance to PR.  We’ll see though, as I’m not in top endurance shape at the moment.

The course also runs right through Kitty Hawk and past the monument to the Wright Bros. “first” flight.  I put first in quotes because my father doesn’t believe it was the first time they flew.  You see, we are from Ohio, where the Wright Brahs are from.  My dad is convinced that they did test flights there before taking the plane to NC for the official flight.  So sit on that North Crackalacka!  Makes sense, but it could just be Ohio pride.

After the race, there’s supposed to be a big party!  My sis is also running this with me and one of my bestest friends, who lives in Raleigh, will be there too.  So here’s how I see it:  Beaches, Running, Pirates, Fams, Friends,  Parties, Cool Medals….What could be better???

Oh, and get this, they put me in Corral A:

I’m usually in Corral B, so this is a first.  And I’ve never had a bib number that low.  Coolio.

All in all, I’m hoping this will be a really fun race with lots of good scenery and good times.  I don’t know many of the specifics about the course or event set up as I live about 1,200 miles away, but I’ll give a full recap when I get home next week.  Until then, keep it fresh!