Sometimes I get bored on my commutes.  If you follow my Instagram, then you probably know this.  Cause I sometimes do silly things when sitting at a red light.

You can see the reflection of the red light in my shades.

Besides playing with my camera phone, I also think about things.  Recently I thought about this…

Several years ago I was lining up at the start of a 5k race.  A dude in front of me was wearing a shirt with stuff written on the back.  It was a list of things that only a runner would understand.  One of the things listed was ‘a separate hamper for running clothes’.  Ha, I don’t know why that stuck in my head all these years, but I can certainly relate!

I definitely have a separate hamper, and it don’t always smell so fresh.  And now that we’re moving in to summer, the clothes that go into it are sweatier and it’s smelling less fresh. 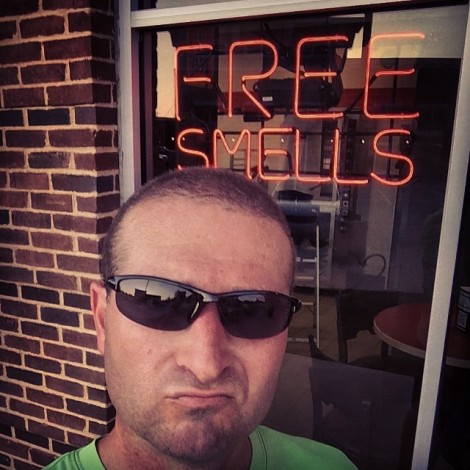 And if I were to make that list of things a runner understands, I would add something else – ‘Always has a change of clothes on hand.’

I always keep a towel and a change of clothes in my vehicle.  It works out perfectly after a sweaty run – change shirt/shorts and then put the towel on the car seat to keep it dry.  This comes in especially handy if you’re running pals want to go grab a bite or a drink after. 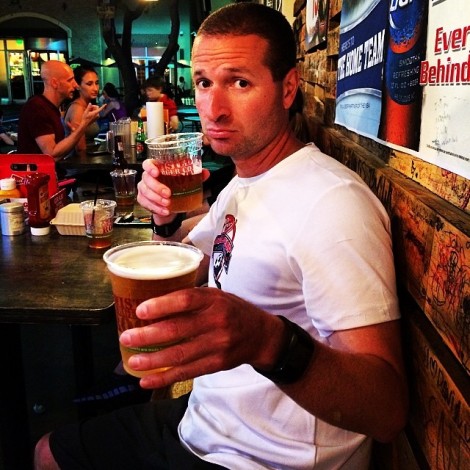 Won’t you join me for a post run brew – it’s ok, I changed my shirt first.

It also comes in handy if you get caught in a rain storm, or if you have an unplanned meet-up after work, etc. etc.  It’s just a good idea to be prepared, so do it already!

One disclaimer – Always remember to take your discarded sweaty clothes OUT of your vehicle when you get home.  Do not leave it in there overnight – or you will smell it in the morning.  And the fumes may make you get even sillier on your commute.

I wore make-up today…ain’t I purdy?

What about you?  Do you keep a change of clothes on the ready at all times?  Do you have a separate hamper?  Anything else you’d add to the list of things runners understand?  Any make-up tips?

Another weekend jammed packed with workouts.  It all culminated with some fake partner yoga, but I’ll get to that.

We call this one the “Spread Eagle Toddler Superman” pose.

The weekend of workouts kicked off with the Thursday Night Social Run.  We met up this time at a great local TexMex joint – Chiladas.  I got in 4 sweaty & hilly miles. 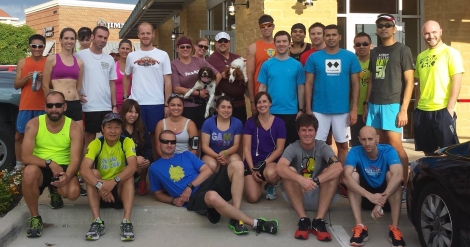 But dude, was I soaked with glow.  It looked like I had jumped in a lake!  I think my clothes are still drying.  And I know they aren’t daisy fresh.

On Sunday I got up early to meet with some friends to run trails.  As we move into the warmer months, the wildlife are getting more active.  On the trails today we had to jump over one turtle…and one snake!  Luckily it wasn’t a poisonous one, but when you see a snake under your feet, you don’t stop to ask questions – you jump!  Haha, I about gave the dude behind me a heart attack.  All told, ended up going 6 miles.

After the run, we grabbed a quick bite before going to a power yoga class.  It was a really great practice!  But before it started we were hanging out when my friend who looks like an elf asked, “You want to do partner yoga?”  I replied, “I don’t know how, but sure.”  She answered, “Neither do I, let’s make it up.”  So we did.  Hahaha!

Then other people got in on the gag…

“Reclining Elf on Planking Bear Back”

Luckily none of us take ourselves too seriously, or get easily embarrassed, because most of the room was laughing with us.

All in all it was a pretty good little weekend of working out.  Now I’m sore.  I like it that way.

How bout you?  See an animals on your runs lately?  Ever do partner yoga (legit or not)?  Do you have any better names for our poses?