Race Photos (not all bad)

The other week I ran in a 5k (Abby’s Run for Dandy Walker Syndrome).  I wanted to do well because I know the race directors and the race was raising funds for a good cause.  And I did do pretty good – 5th overall and 1st in my division.  You can read the recap HERE.

In the recap you can see some other photos from the day (including the super awesome medal).

Anyway, they recently posted the official race photos, so I thought I’d share the ones that have me in them (because I’m so shy and modest).  Click on them to enlarge…

Milling about before the start – I’m off to the side behind the flag pole talking to my friend Pepsi. Yes, her actual name is Pepsi. I guess her parents were fans of sugar drinks???

And we’re off! I’m in there somewhere. BTW, none of those determined kids were able to sustain that pace past 50 yards. So yes, I had to do some weaving to get around them.

First mile.  I was wishing that guy wasn’t trying to draft off me.

Managed half a smirk for the camera. That dude behind me is wondering why I’m ahead of him – we have the same shoes after all!  Pepsi is back there in the hat.  She would’ve been next to me, but her hat fell off at the start and she had to run after it.  Yes, her real name is Pepsi. 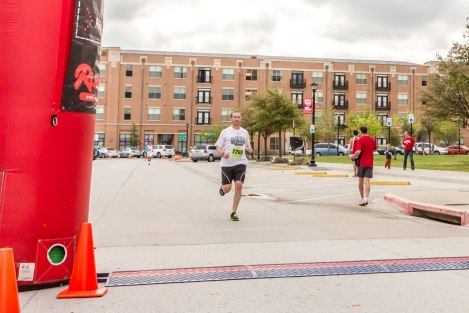 The blue-shirt-same-shoes-side-mouth-breather dude is no longer in my photos!  You can however spot Pepsi (white hat) behind the silver grocery getter about to turn down the home stretch (2nd female finisher). Yes, her real name is Pepsi.

At the finish – All alone in 5th place!

Award ceremony – Trying not to get my race director friend (Ann) sweaty in our hug. 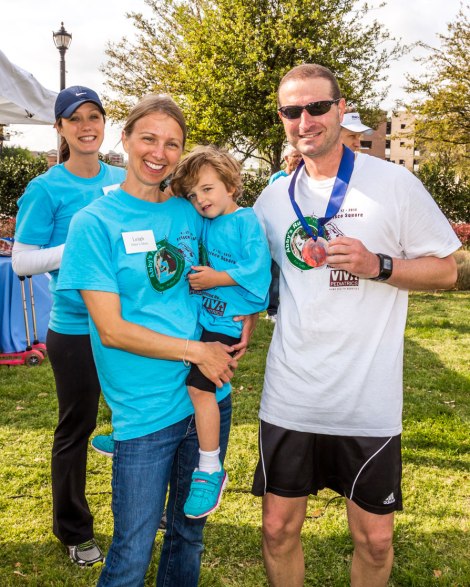 Yay! I got a photo with Abby (who the race is named for) and her mom. Ann photobombed us. Not sure why I’m standing bow-legged.

The next one is not an official race photo.  A friend snapped it and emailed it to me later…

So there they are, the long lost race photos (from two weeks ago).  Not too bad – compared to how I usually look (not flattering).  And it’s really cool of them to send them to us for free!!!!  Such a great event all around!

How bout you?  Any recent race photos?  What do you think the dude behind me the first mile was thinking?  Do you know anyone named Pepsi?  Why do kids always line up at the front of the race (I mean, come on)?