So while I was in San Antonio over the weekend winning a couple Emmys (see how I snuck that in there?), I was able to stick to my Dopey Challenge training schedge and squeeze in a run. 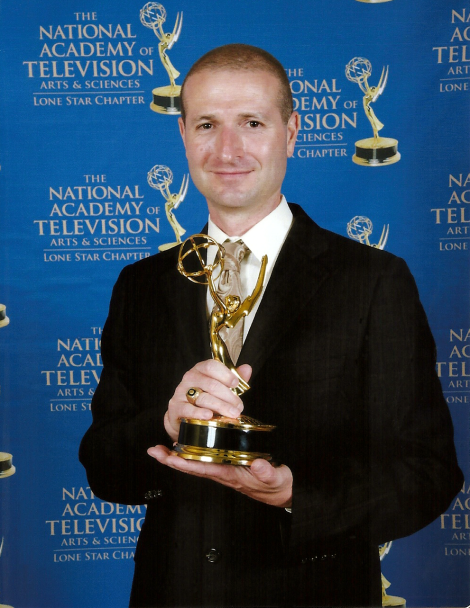 So grateful for Emmy #6! I’d like to thank the Academy…

If you’ve never been to San Antonio, it’s a pretty cool town.  Lots of history there.  Of course, you know about the Alamo… 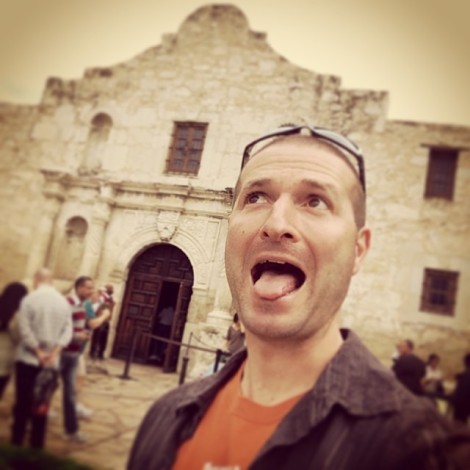 Looking for the basement at the Alamo.

But did you know that there are several other “Alamo-style” missions from the same time period around the city?  Probably not, because they didn’t have big battles like this one did.  I looked into running a route that would take me to them all, but it would’ve been too far for me in the short amount of time I had.

I also thought about running around the city proper, as there are plenty of historical landmarks all over the place.  Including this old church….

San Fernando Cathedral – they say the oldest building in Texas.

That church above even hosts the burial tomb of Davy Crockett and Jim Bowie, among others.  So there’s plenty of stuff like that to see around the city.

But instead, I decided to run along the River Walk.  What is the River Walk?  It’s probably one of the coolest features of the city.  The San Antonio River flows about a story below the city streets.  It’s lined with hotels, restaurants, bars, and shops.  There ain’t a lot of room on the sidewalks, because all that stuff in the previous sentence are right on top of it!  Click on the link earlier in this paragraph for better info and pics, but here’s a quick one I snapped… 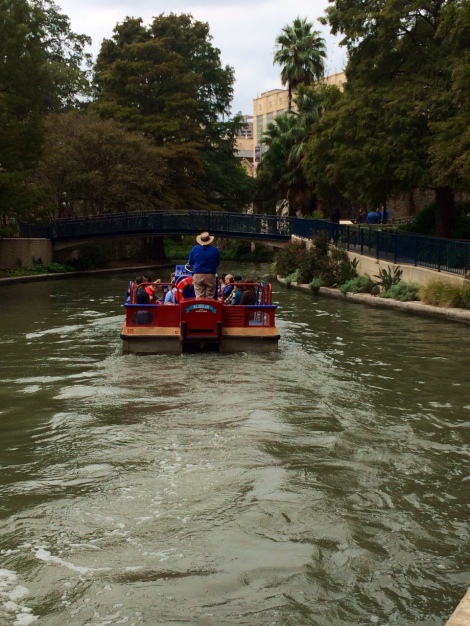 Don’t worry if you fall in, it’s not deep much.

For my run, I needed to get in 7 miles.  I did so on a Sunday at 7:30 a.m.  Not many tourists on the river walk that early, which is good, because like I said, sidewalks are skinny as a 4 year old.  Buuuuut, there were several several runners, which colored me surprised and happy.  I don’t think they were all visitors to the city, I think most were locals.  That’s cool.  I’m glad I got to run a popular local spot.

Anyway, since we were below the city and under several trees, bridges, overpasses, etc. my gps watch was having a Charles Dickens of a time tracking me.  But I knew about how long it would take me to run that far, so I switched my watch to “elapsed time” and kept on going.  I was very pleased to learn that it went for several miles.  I was able to get my out and back 7 total miles in no problemo!

My only regrets were that 1) I didn’t have a picture taking device on me, and 2) I was running and could stop to really experience all that I passed.

Here’s why – I passed by tons and tons of artwork, historical landmarks, and other cool things like waterfalls and grottos.  Since it was a few miles away from the heart of the touristy area, most people never walk that far.  They, like me, probably have no idea all that stuff exists.  I just wish I was able to stop and check it all out.  But experiencing it with passing glances will have to do for now.

What about you?  Ever been to San Antonio?  Did you find your bike in the Alamo?  Where’s a cool place you ran while on a trip?